The festival that unites all turkic – speaking people

The Korkyt Ata festival took place in Kyzylorda, a city in South – Central Kazakhstan. This year it was the fifth international festival of folk music on the homeland of the famous Korkyt Ata, a legendary poet, singer and baksy (shaman), who created the instrument Kyl Kobyz, to escape death.

The project ended with a large gala concert in the 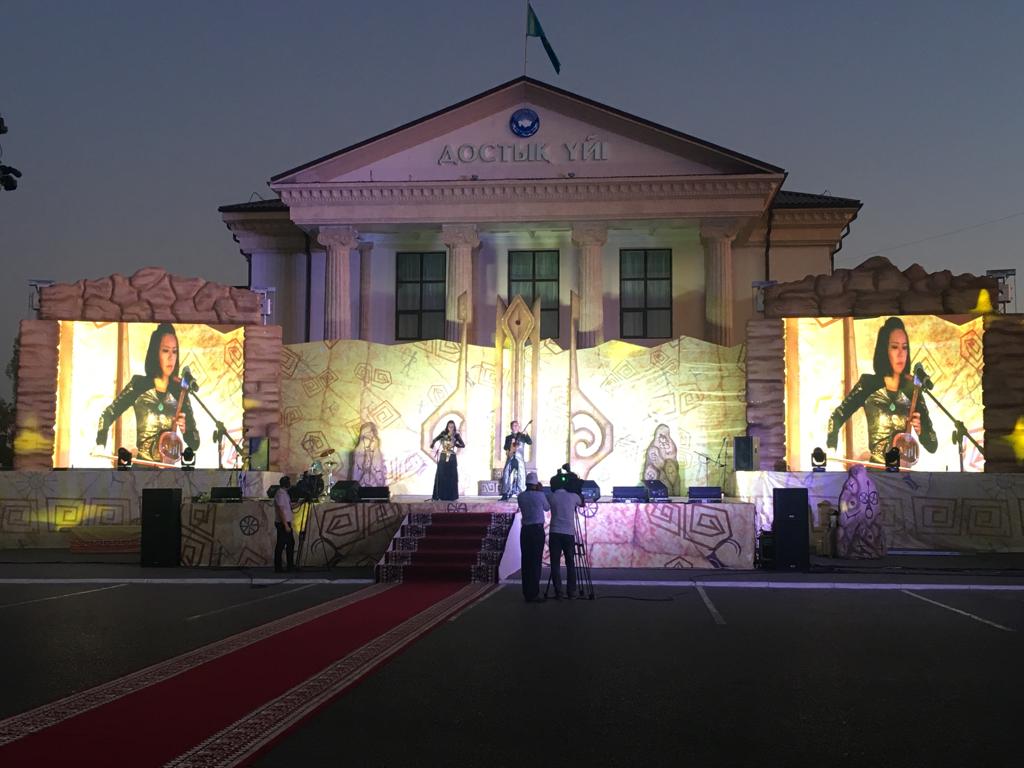 Karmakshi region. Musicians from all over the turkic world performed in the amphitheater of the big Korkyt Ata-memorial complex. Famous melodies of Korkyt, best songs of Zhyrau and Zhyrshy and oldest compositions of all turkic people sounded on the stage. On that event people could hear colorful sounds of the instruments Kobyz, Topshur, Kurai, Doiro, Komuz, Kyl Kiyak, Dombra and many more.

The project lasted for three days. During this time, artists, scientists and guests from Turkey, Azerbaijan, Uzbekistan, Kyrgyzstan, Georgian, Serbia, Russia and other parts of Kazakhstan could enjoy concerts and visit the international conference, dedicated to different themes of traditional art. Also, it is worth noting that this year there was a special guest at the festival, the famous Georgian choir “Mdzlevari”, by which audience and participants were delighted. By the way, this year sow the debut of the Kazakh ensemble „Kobyz-rukh“ under the leadership of Kyl Kobyz player Raushan Orazbaeva.

People from around the world came to the Oral Sea-region not only to see the amazing landscape and sights, but also for communication, which is the main purpose of such a cultural project.

Korkyt Ata was searching for eternal life, and he found it in music. So this festival proofs it, todays’s descendants of the Great turk Korkyt continue this tradition of the music of the Great Steppe.

Ein Kommentar zu „Korkyt and melodies of the great steppe“