Cheinesh is a master of the deep-throat guttural singing called Kai.

Guttural singing is a unique vocal technique native to the Sayan-Altai region of Siberia. The originality of this art is that singer sings two-three notes simultaneously, making this way peculiar two-three-voice solo.
Cheinesh is one of the few female artists of guttural singing who practices all basic techniques, performs in four singing styles („karkyra“, „sygyt“, „sybyski“ and „koomei“). 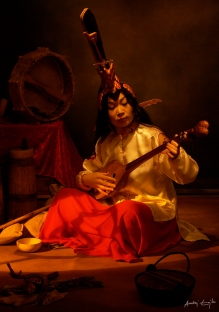 In 2009 she has won the title of “Absolute champion” in “Original art” category in Hollywood, USA, at the International Arts Championship, where she has took 3 gold and 1 bronze medals.

Cheinesh is a graduate of the Schepkin theatre school, and also a professional movie and 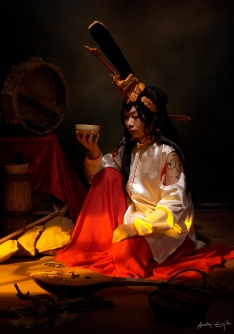 Cheinesh has recorded sound tracks for movies, including:
• „Difficulty of being God“, director A. German
• „Wind man“, director H. Akhmet

She also writes movie scripts, poetry, stories in Russian and in Telengite languages.