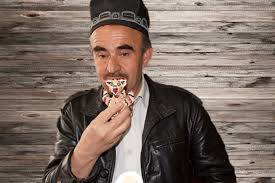 Artist story: This craft had been passed to Usto Èrgashboy from his father Gafurov 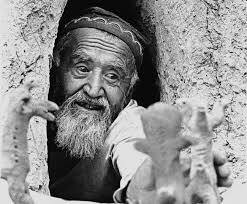 Gadoybek, a holder of the title People’s Artist of Tajikistan, and grandfather Gafur Khalilov, whose works are exhibited in many ethnographic museums in the world. In the collection of the master, which is located on the territory of his home, you can find a lot of whistles, each of different size, pattern and shape, each of them a unique piece of imagination.

Gafur Khalilov was born in 1906 in the village of «Bafoi Istaravshan». At the age of ten, he remained an orphan and was taken to school by usto Khidir, who made TANDOOR (traditional clay ovens). In one of the publications of the Soviet period, master Gafur told about his hobby to create whistles-amulets: “At night I dreamed that I was sculpting some strange animals. Sometimes, he jumped up at night to fashion them in reality, however, hesitated. The Koran forbids portraying people and animals – after all, they can come to life. I was already in my sixties, when, finally, my dragons appeared. But when I sculpted them, I painted them in red. This is a wound on the body of the dragon. If he suddenly comes to life, as the Qur’an claims, then his wounds will also come to life, and then the dragon will die. But I know that my animals are not able to bring evil. I put my soul into them. ”

Traditional Artistic Heritage. Until recent times, people have believed that “Adjuba” has a magic power – to rule the elements of nature for example to cause wind or rain. For this reason, they had been given the name Ajuba, Ajib means „amazing“ in Tajik. In our time they are used as usual toys, or to be precise as a whistles for kids.
According to the historical information, the oldest toy that has survived to this days was made of ceramic. In this regard, Tajik national painted toys, “Hushtak” whistles, which are also called AJUBA became very famous. The craftsmen who make them are called AJUBASOZ. In ancient times, Ajuba were prepared individually for each person, since it was as a Talisman. Our past generation have believed in the magical ability of Ajuba that it protects from dark forces, from evil eyes and diseases. Their whistle, for example, caused the „water of mercy“ – spring rain – obi Rakhmat. They could cause wind and scare the evil spirits away. That’s why they were called Ajuba (from the word – ajib – „amazing, curiosity“). Most often them were given the image of a dragon.

It is interesting that even with the advent of Islam, Ajuba continued to fulfill its role. The preparing of toys, as a rule, was dedicated to the spring equinox of Navruz Holiday – the beginning of agricultural work. They had hopes for a harvest, for a life without adversity next year.

This unique ceramic work came from past to our days as well. The national master usto Gaforov devoted his whole life to this.