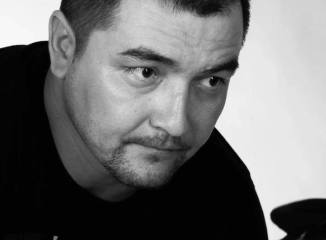 He is an independent artist, creator, gallerist, the master of the art of performance. In 1995 year, he entered to the Kazakh State Academy of Art, where he studied interior design and art history. He has experience of art restorer in the historical museum. While he was a student actively participated in exhibitions and artistic projects of art galleries of the country.

In the time from 2000 – 2014 year he worked as creative director of a number of major international advertising agencies like Grey Worldwide, TBWA, Leo Bernett, Shift International. He was engaged in servicing international and local brands, the creation and development of advertising campaigns and creative concepts, run the creative department agencies.

2007 Serik opened a photography and design studio. During this period he worked with the Foundation for the Support of Culture „Alem Art“. Worked in the theater under the direction of  Bulat Atabaeva. He developed sets, costumes, printing products, made a documentary film about the theater „Aksaray“

Serik parallel continuing artistic practice: since 2010 year, holds a number of personal exhibitions and art performances, participates in festivals of modern art and design, arranges installations in the style of Pop Art and Digital Art in public places and on the streets. In 2011, he participated in the International Symposium of Nomadic Art Camp and the International Exhibition in Kyrgyzstan. 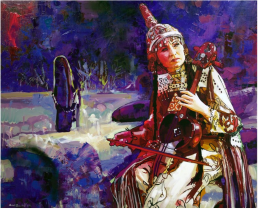 In 2014 year, Serik Booxikov joined the Union of Artists of the Republic of Kazakhstan, opened his own gallery «Serik Booxikov Workshop», which carries a permanent exhibition, sale and art happenings of theirs works and artists, participated in the international project Art Market (Budapest, Hungary). In February, 2014 year, Serik Booxikov participated in the Singapore Art Stage. In April an art project was held in cooperation with the First Brewery in Almaty – 1Art factory, art contest among the leading country’s contemporary artists. In September he took part in the art fair Affordable Art Fair (Seoul.) In November held the second art contest within the framework of the 1Art factory. In April, 2016 year, Serik held a personal exhibition at the investment forum. In August, 2016 year he held a personal exhibition in the city of Vienna. 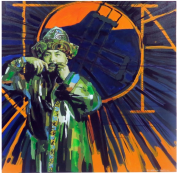 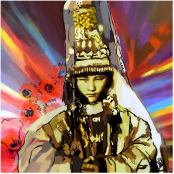